I talk about toxins on this blog quite a bit. Primarily because it seems that new ones are introduced on a daily basis. They are in our food, our pet’s foods, our personal care products, our air, and everywhere else. I also think about toxins a lot because I have had some disturbing experiences caused by toxins where I least expected them. I’ll be talking more about that in the coming weeks. For now, I have for you a list of ways you can rid your home of toxins.

I am all for science and creating new things. The problem I have with most chemicals in our world is that no one is testing them. And until they are tested, I’m going to oppose them. We’ve introduced so many petroleum based chemicals in our world that many believe they’re acceptable. I don’t believe that is the case. Until we prove that the chemicals used are safe, we should all work to rid our homes of toxins. Here are some suggestions:

END_OF_DOCUMENT_TOKEN_TO_BE_REPLACED

This post is entirely different from most of what I write on this blog. In fact, you could call it a rant. I’ve gotten some comments on a post I wrote nearly two years ago. The first one I wasn’t so sure why the long involved comment. The second one, from earlier this month, was more obvious. The commenter included their website and that website is for a company that apparently manufactures (extracts) carrageenan and then sells it. I held off until this week with even publishing these two comments, even though one of them is over a year old. Oh, I did remove the URLs because I really don’t wish to be see as promoting their company or its products. I encourage you to read my original article and also their comments.

END_OF_DOCUMENT_TOKEN_TO_BE_REPLACED

Toxins that can be harmful to your health are everywhere. They’re in our air, our water and also lurking in places you might not suspect. For example, did you know there are toxins in your wrinkle-free fabrics? They are actually treated with a resin that releases formaldehyde to reduce wrinkles.

END_OF_DOCUMENT_TOKEN_TO_BE_REPLACED

Toxins enter our bodies through our food, what we put on our skin, and what we are exposed to in the air. Mothers even pass toxin along to their unborn children.

Symptoms of toxicity are many and in some cases may surprise you. Did you know that depression or irritability could be a result of toxic exposure?

END_OF_DOCUMENT_TOKEN_TO_BE_REPLACED

Who doesn’t love to buy clothing that says “Wrinkle-Free” right on the label? Wrinkle free clothes – what could be better? Once you learn what makes the clothes wrinkle free, you may not want to buy them.

Perhaps I’ve become jaded or cynical, but my first thought when I saw wrinkle free clothes showing up in the stores was – What are they using to make that happen. Turns out to be a good question because the answer is formaldehyde[1]!

END_OF_DOCUMENT_TOKEN_TO_BE_REPLACED

Last week, I told everyone about my own issues with fragrances and chemicals. (Hint: to get the full picture, you should watch the video!) Over the years, through my various websites, I’ve had many questions from others who are chemically sensitive.

Below, I’ve listed a number of questions that I’ve had to answer for myself or for others. I have stories for many of these questions from my own experiences.

END_OF_DOCUMENT_TOKEN_TO_BE_REPLACED

Recently, I wrote a post about something that had made me sad. From the comments I received, I realized that not every one knew my “dirty little secret.” The one that causes me to act in ways that seem anti-social.

END_OF_DOCUMENT_TOKEN_TO_BE_REPLACED 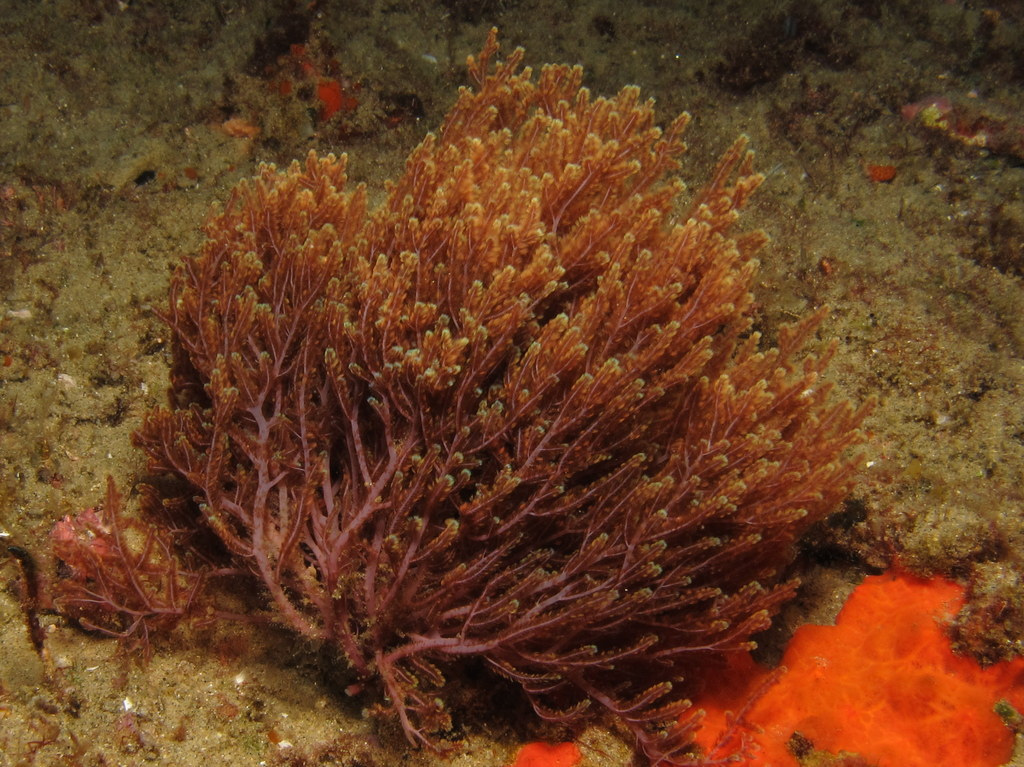 Carrageenan is a mixture of polysaccharides derived from red and purple seaweed using strong chemical alkalis such as sodium hydroxide. It is used in food products as a thickening or emulsifying agent.

Why is Carrageenan a problem?

I was quite disturbed when I started seeing carrageenan in my food. I used to work in medical research. One group I worked with was studying tumors. They would inject animals with a known carcinogen. But the concoction they used also contained carrageenan. Why carrageenan? Because it acted as a tumor promoter. It didn’t really cause the tumor, but it helped with its development. Quite disturbing to think that now it is in my food.

According to The Cornucopia Institute, carrageenan is also implicated in many cases of gastrointestinal symptoms. They suggest some food alternatives that do not contain carrageenan. They also have a report for download titled Food-­Grade Carrageenan:
Reviewing Potential Harmful Effects on Human Health.

Carrageenan is implicated in chronic inflammation; and is also a known migraine trigger in many people.

Why is Seaweed safe and Carrageenan NOT safe?

Carrageenan has no nutritional value. It is used in products like ice cream to improve its texture. BUT, I remember making ice cream as a child. We never added carrageenan. I have begun to suspect that it is an additive used by lazy manufacturers. Another use is in soy milk and almond milk, presumably to give them a texture similar to cow’s milk. But there are alternatives that do not contain carrageenan.

I have always avoided carrageenan; first because I knew it from my work in research and second because it is a known migraine trigger. You may want to consider avoiding it too.

Update – 06.20.2014
The comments below were held in moderation until this week as I pondered whether to even publish them. I finally decided I would publish them but I wrote another blog post addressing their comments.
Follow my blog with Bloglovin 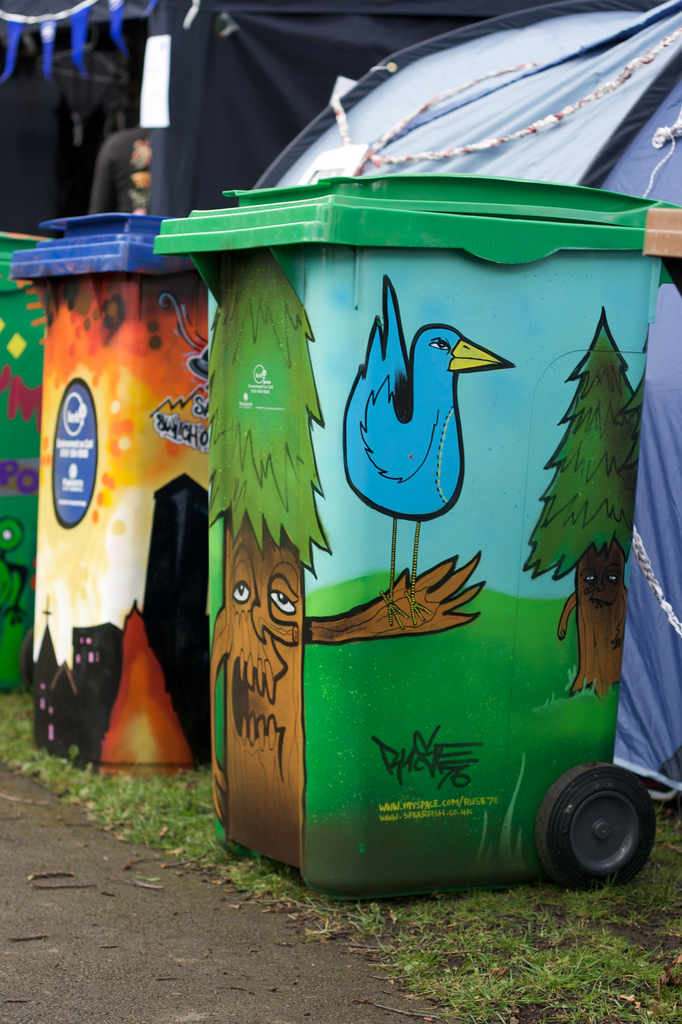 A friend recently told me that she was allergic to parabens. She wasn’t sure what they were, but knew they were in many skin care products. I told her that she was better off not using them anyway. Which prompted her to ask what I knew about them. Here’s what you need to know:

Parabens are preservatives that are used in many cosmetics, skin care and personal care products because they prevent microbial growth. You’ll find them listed in ingredients with names like: ethylparaben, butylparaben, methylparaben and propylparaben. Methylparaben & propylparaben are the most common ones and can be found in over ten thousand (10,000) products in the Environmental Working Group’s (EWG) Skin Deep database.

Since they’re applied to your skin, they are absorbed and eventually get into your bloodstream and digestive system. And that’s where the real problems start. They’re found in breast tumors and also in urine samples of most Americans. Parabens are known to mimic the role of estrogen and so have been implicated in breast cancer. According to Breast Cancer Fund, they can increase the expression of genes that cause breast tumor cells to grow in vitro.

So, are they bad? Good question.

According to the FDA, there is no reason to be concerned with parabens. Which doesn’t say that they have been tested and proven safe. Nor does it rule out a future finding that they are harmful.

However, checking the EWG’s website, parabens are rated in the moderate toxicity range. You may want to reconsider their use, especially if you experience skin sensitivity to make up and skin care products.