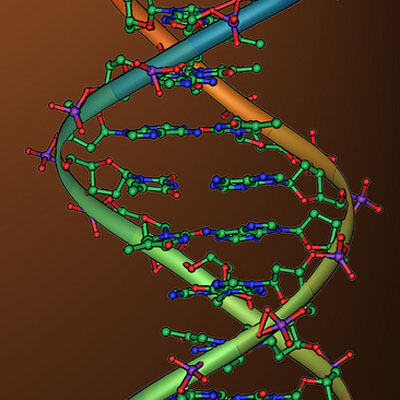 This is the eighth in a series of posts answering the question: “Why has there been such an astronomical rise in childhood allergies?”

Our next theory talks about GMOs (Genetically Modified Organisms). Before going into that theory, though, I want to be sure we all understand what GMOs are.

Years ago companies began making synthetic hormones, but they wanted to patent their products. After all, you can’t really patent something that humans can make naturally. The problem is that hormones bind to receptors on cells in a very specific manner. When you ‘tweak’ a hormone so that it is unique and patentable, you change how it impacts the body.

I worked in biological research for about seven years after college. For one year I worked at Baylor College of Medicine in Houston studying recombinant DNA. Back then, we were splicing a bacterial gene into a human cell in culture. (It’s not as easy as it sounds, by the way.) This has implications as a means of producing items such as insulin in the laboratory. rDNA has been used for many purposes but there are issues with it. We don’t know what other genes are impacted. Also, we can wind up with bacteria that are resistant to antibiotics. Furthermore, recombining DNA isn’t always an exact science. We don’t always know what genes were added and what genes may have been destroyed in the process.

rDNA was also the precursor to GMOs.

What are GMOs? They are organisms (plants, animals, bacteria, yeasts, etc) that have been genetically engineered. What this means is that their genetic material (DNA) has been altered. Genetic engineering is done to either insert or delete specific genes. Inserted genes are typically genes from a different species. GMOs are used in medical research, biological research, pharmaceutical drop production, experimental gene therapy, and agriculture.

Just like with early recombinant DNA, genetic engineering is not an exact science. When scientists insert a new gene, they cannot be sure that they have only added the one gene. Nor can they be sure what genes they have destroyed.

This is a hot topic today. Companies like Monsanto, who have developed many GMOs, think they’re a good idea. They insist they are safe. They also insist that they are just like normal plants and so there is no need to test their safety. Meanwhile, some European companies have banned them while many others require they be labeled as GMOs.

Monsanto and other companies are spending millions to fight Proposition 37 in California. This proposition would require that GMOs be labeled.

The irony is that we are now finding that “superweeds” and hard-to-kill insects are forcing an increase in herbicides on GMO crops.

The Great Law of the Iroquois Confederacy says “In our every deliberation, we must consider the impact of our decisions on the next seven generations.” If we were to follow that law today, no scientific progress would occur. But we should take their law into consideration and at least test before we release new discoveries into the world. This is especially a good idea when you are manipulating the genetic material of an organism.

Next up in the series – GMOs (Genetically Modified Organisms) & allergies.

This is the eighth in a series of posts answering the question: “Why has there been such an astronomical rise in childhood allergies?” You can see the other posts here: