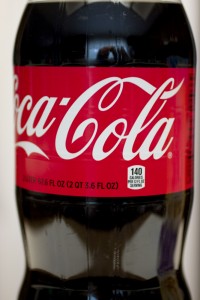 Serving size is listed at the top of the “Nutrition Facts” section of a food label. It’s something that you should be aware of. But what does it really mean? It’s important to be aware of it, but you have to look at the whole picture.

I once saw individually-wrapped cookies for sale in a coffee shop. They were about 3 or 4 inches in diameter. The nutrition facts said that a serving size was one-fourth of a cookie. So that one cookie was 4 servings. It’s likely that most people who bought one of the cookies at it all in one sitting. Yet all of the nutrition information reads much better if they set the serving size smaller.

Another example is sodas. On the Coca-Cola website you can find nutrition information for a 2 liter bottle. It says that a serving size is 8 ounces, and is 100 calories: 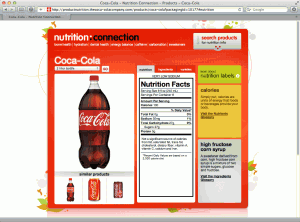 I found the same 2 liter bottle at the store and the serving size was 12 ounces – 140 calories: 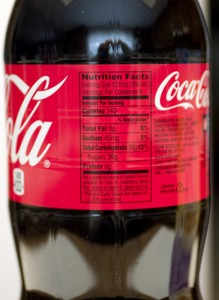 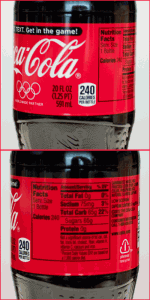 So what does all of this tell us about serving sizes? First that the serving size is an arbitrary number determined by the manufacturer. But, and more importantly, it tells us that we should pay attention to the serving size, along with the other information, when deciding what and how much to consume.

Thanks for stopping by! Reading labels can be really confusing. And that’s by design!

Want more from this author? Check out All About Kale! You can become a rock star quality kale cook!

One thought on “Serving Size is Arbitrary”