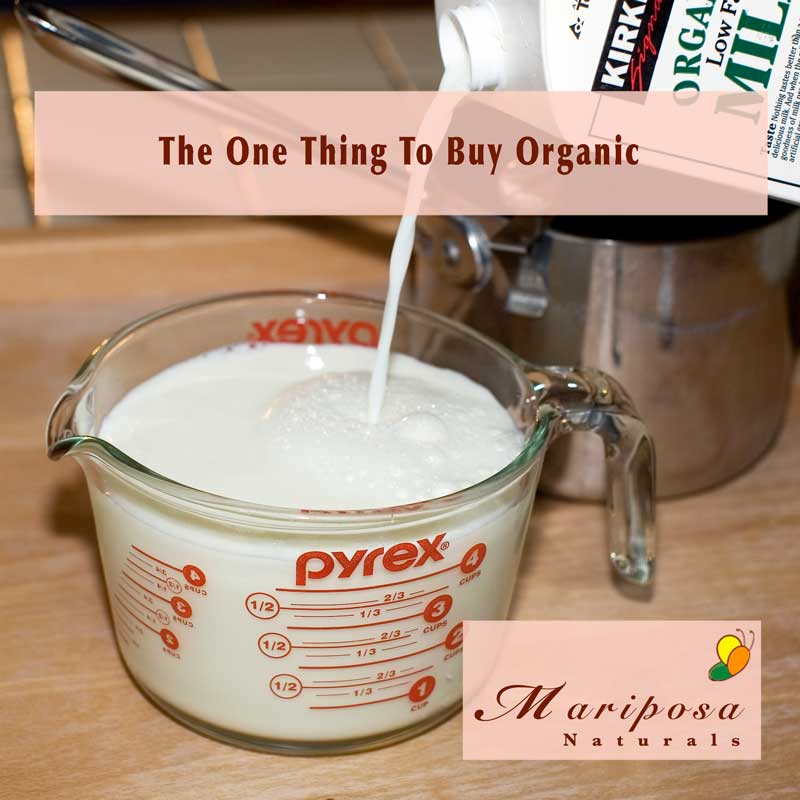 Many times I get push back when talking about buying organic food: It costs too much. Is it really worth it? I can’t afford it. I could give many counter-arguments, but until someone puts their family’s health as top priority they won’t see the benefits.

But there is one item you should buy organic. And that is milk, especially if you have children. Here’s why:

Organic milk, in comparison, comes from animals that were fed 100 percent organic feed and were not given antibiotics, prophylactic drugs or genetically engineered and synthetically created growth hormones (such as rBGH) for at least the last year.

All these extra hormones in food are taking their toll on our children. Puberty is starting earlier and earlier. In fact, I talked with an elementary school principal recently. She said that the maturation talk that used to take place in 5th grade now takes place in 3rd grade! There’s evidence that the hormones in milk are part of the reason for this.

One last note – You’re likely to see this on the label of organic milk: “Our Jersey cows are not treated with rBST or rBGH. The Federal Government has determined there is no significant difference in the milk from rBST or rBGH treated & untreated cows.”

Don’t be fooled. That second statement is a result of the lobbying of the manufacturers of the synthetic drug hormones.